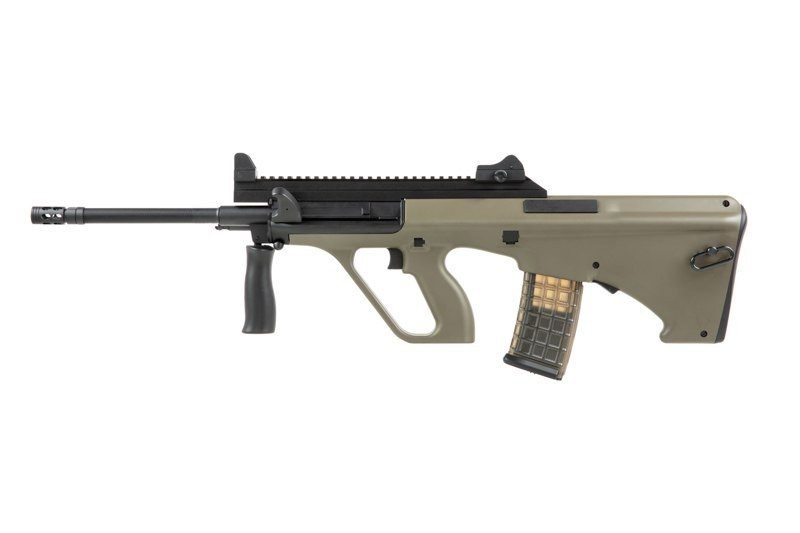 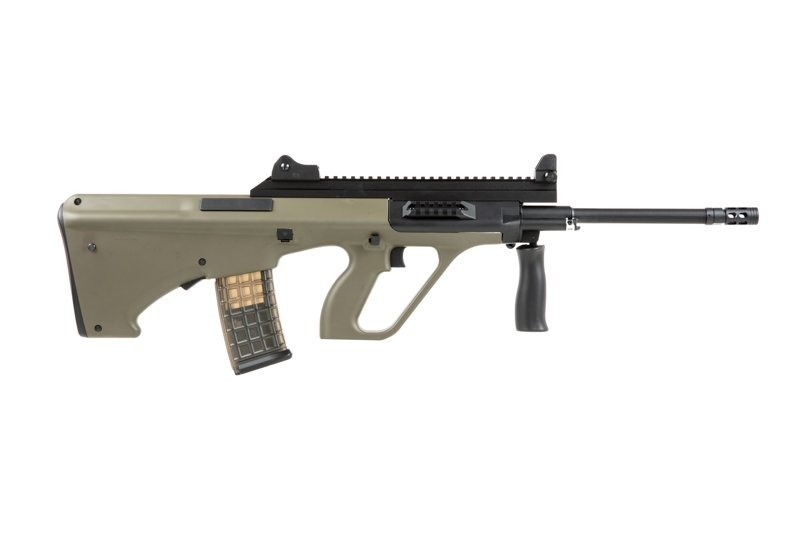 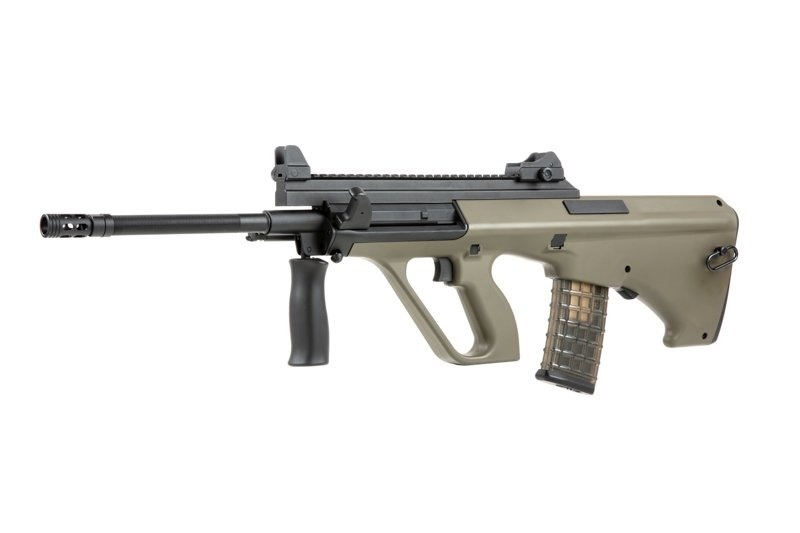 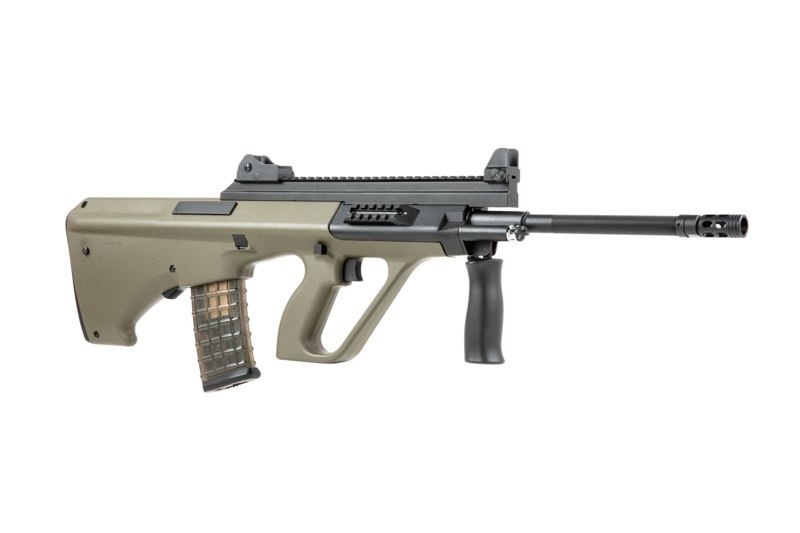 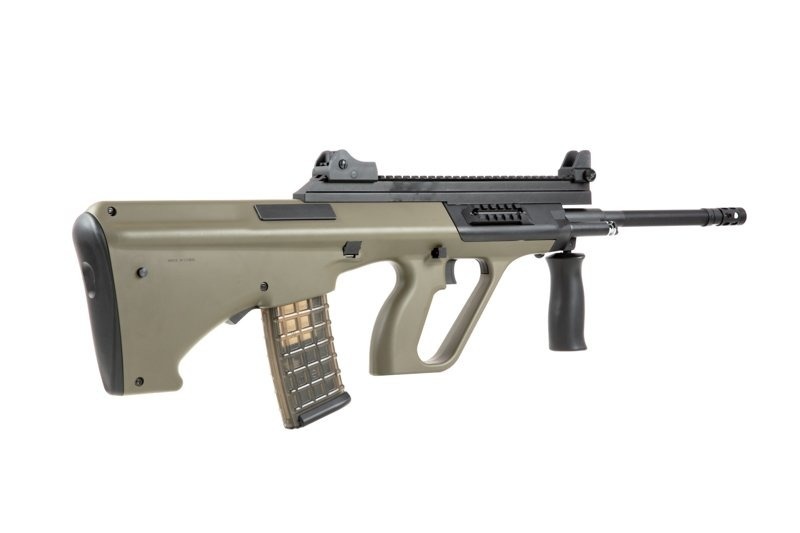 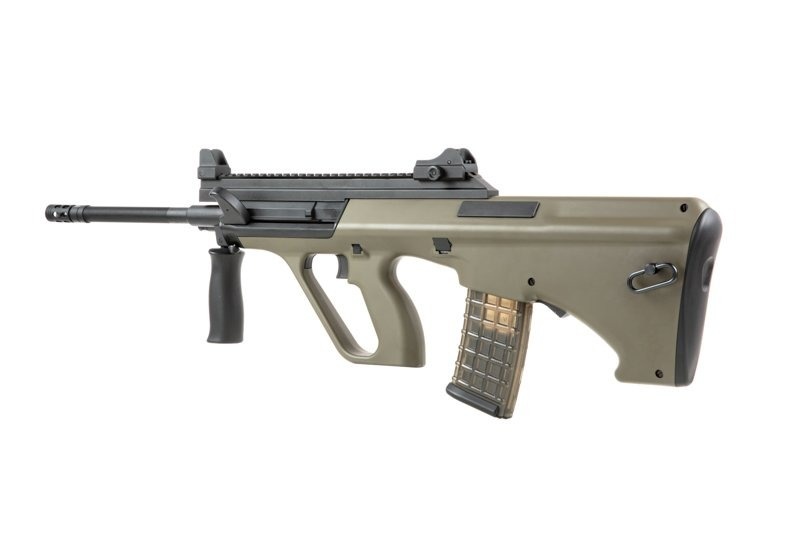 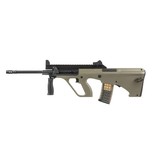 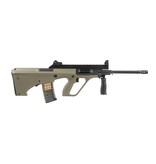 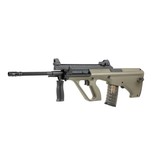 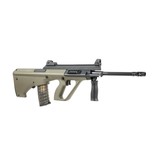 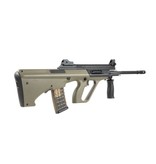 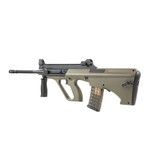 Firearms in the bullpup system have a long tradition and an equally large number of enthusiasts as skeptics. One of the advantages of this construction can hardly be ignored - it is possible to mount a really long and effective barrel while maintaining a relatively compact size of the firearm. It's also important to note the aesthetic value - Bullpup firearms are simply unique and cannot be confused with anything else.

Bullpup rifles are characterized by a single special feature - despite their compact dimensions, they have a relatively significantly longer barrel than ordinary rifles. This concept has always had fans and opponents, but they have had a firm place on the world market since the late 1970s, when an Austrian company perfected the concept and launched a design that was far ahead of its time.

Both the back and the front of the replica are equipped with tactical loops. Access to the hop-up is gained in the traditional way - after the loading handle is withdrawn and the cartridge ejection window is exposed.

The handle can be locked in the rear position. It is characteristic of this construction that the cartridge ejection windows are arranged on both sides of the receiver, which also makes it convenient for a left-hander. The muzzle flash damper sits on a -14 mm left-hand thread (CCW).

The battery of the SW-020C carabiner is stowed in the shaft. To access the battery, the rubber block on the back of the rifle must be removed. The dismantling of the entire Airsoft in two parts also takes only seconds. To do this, it is necessary to press a metal pin - a lock - and then press the fire selector lever and divide the construction into two parts - the receptacle and the front part with the barrel.

The Airsoft has a long tactical RIS rail . The airsoft rifle has a two-stage trigger , the first stage of which fires fully automatically in semi-mode and when fully executed. The safety is located on the pistol grip and can be operated from both sides. In the front, under the barrel, there is a retractable handle.

The AEG has a quick-change leather system with which the main spring can be replaced in a minimum of time. The gearbox does not have to be removed. All that is necessary is to loosen the plastic cap and pull out the slider with the spring through the opening in the back of the Gearbox.

The system allows the performance of the SW-020C Carbine to be quickly adjusted to the conditions expected on the field without the need for a workshop or special tools. This makes it possible to easily ensure an ideal compromise between the effectiveness of fire and safety for the user himself and other participants.

The Snow Wolf SW-020C AEG comes with a polymer hi-cap magazine with a capacity of 330 BBs.

Add your review
0 stars based on 0 reviews 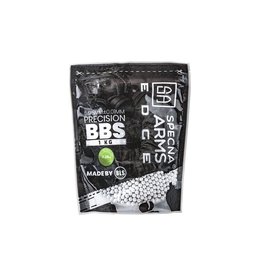 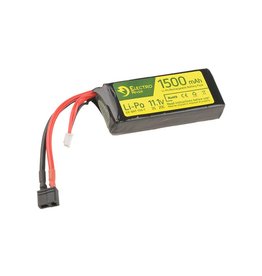 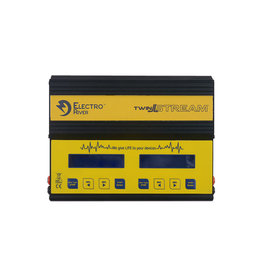 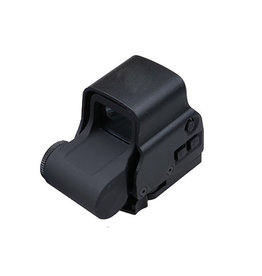 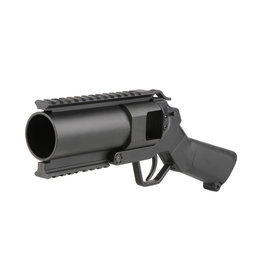 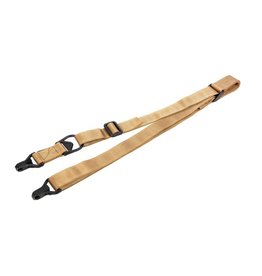 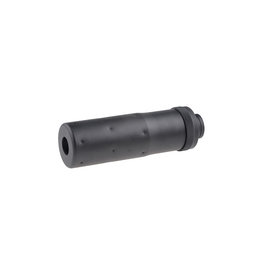 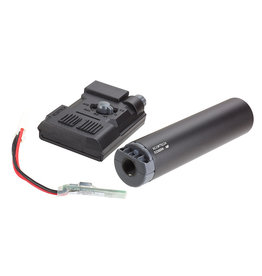 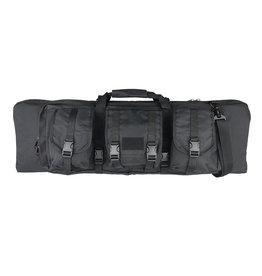